The Quiet in the Land 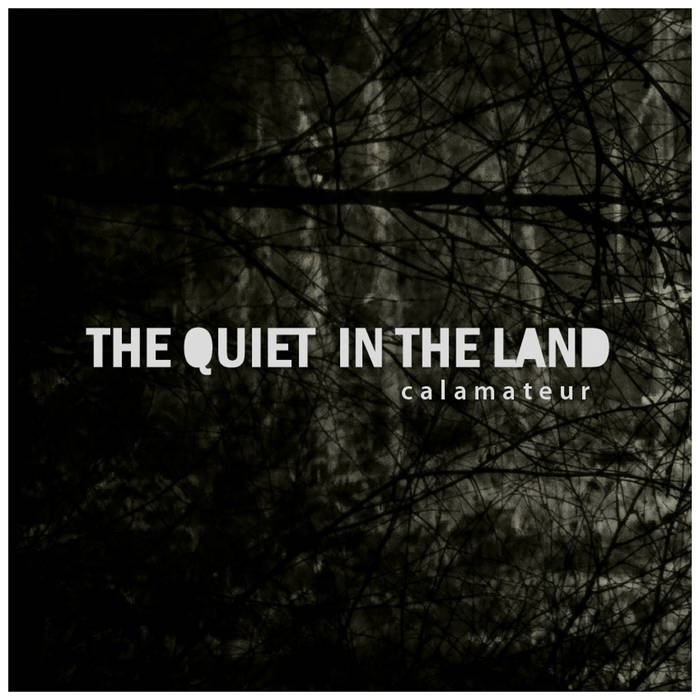 "an album which is at once confusing and mysterious, but an intriguing and brilliantly realised effort. 4.5/5." - Is This Music?

"an album that defies categorisation, constantly challenges the status quo and ultimately cleanses from an artist who consistently pushes his own musical boundaries as well as the expectations of everyone who dares to listen. 9/10." - Cross Rhythms

"Andrew Howie has seen many musical changes since he released his debut single, the Peel-favourite ‘White Light Unknown’, itself a fragile mystery of love and oblivion, a stark piece of pop genius lightly sprinkled with atmospherics. Since then he’s flitted between downright experimental (a 3” CD left on park benches and pubs for people to discover) and pop (the recent album 'Each Dirty Letter' which picked up reviews across the mainstream press). He’s even done an album of covers, 'Jesus Is For Losers', which just about surmounted the pitfalls of such a theme by using the likes of Lou Reed and Mark Eitzel as source material. 'The Quiet In The Land', somehow, ties together all these threads, even from the opening 18 seconds, a sample where we’re told “There’s no such place as hell” – a kind of anti-Wiz. But the difference between this and his recent more commercial releases is typified the dirty visceral sound that he’s got on opening track proper ‘Call You King’ which is driven by electronic percussion and eventually subsumed by noise until Howie’s clear voice cracks and he says “I surrender”. The title track follows and is probably what we call “glitchcore”, certainly with more electronics providing the backbone for the song while a whispered almost demonic voice mutters “I tried to trust you, god”. It’s like a curious cross between Depeche Mode or NIN; this is no happy clappy album, neither is it a denouncement of religion. In fact the satanic feel of the vocals makes it hard to see what’s going on. ‘Retreat’, by comparison, features Jo Mango and the voices go together to form some sort of celestial choir. ‘Hail’ – “I will hail you“ – doesn’t sound too devotional either with a muttered co-vocal delivering the pay-offline. Indeed, ‘Take Up Your Cross’ is the closest we get to a hymn, with cracked, tortured vocals like Johnny Cash in ‘Personal Jesus’ mode. In all, an album which is at once confusing and mysterious, but an intriguing and brilliantly realised effort. 4.5/5." - Is This Music?

"The latest album from Scottish singer/songwriter Andrew Howie (aka Calamateur) is certainly not for the faint hearted. In sharp contrast to his previous release 'Each Dirty Letter', in which Cross Rhythms reviewer Phil Thomson noted a "spectacular lightness of touch", this offering is unmistakably heavy in its musical approach with a steady stream of distortion, electrical beeps, buzzes and white noise. This sonic backdrop sets the scene for an often dark album that documents Howie's grievances and dissatisfaction with God in bitingly honest fashion whilst ultimately relaying his undying love and faith in Jesus - often within the same breath and totally in keeping with the reality that Christians who voice their concerns and doubts should never be considered second class citizens of faith. Prime example of this is found in the epic opener 'Call You King' in which Howie airs his views on how he perceives God has let his people down and therefore enters daringly candid territory that I doubt many Christian artists would be willing to enter - at one point accusing the Almighty of being a "f***ed up father" - before offering his exhausted and, let's face it, undoubtedly genuine surrender to God. Many people will feel that Howie has crossed the line by voicing this aforementioned sentiment - something he alludes to in the same song - but, to be fair, he does give ample warning on his website to stay away if easily offended. Elsewhere, the hard core electronica of 'Try' and 'Hail' further document the struggles of loving, praising and needing God with candour and offers up a swirling soundscape that showcases Howie's standing as one of the country's most excitingly unpredictable artists. The acoustic 'Hundreds Of Sparrows' betrays a tender but no less brooding side to Calamateur and a couple of ambient remixes of 'Retreat' - his duet with the critically acclaimed Scottish songstress Jo Mango from 'Each Dirty Letter' - add some variety to an already eclectic collection. The breathtaking 'Take Up Your Cross' closes an album that defies categorisation, constantly challenges the status quo and ultimately cleanses from an artist who consistently pushes his own musical boundaries as well as the expectations of everyone who dares to listen. 9/10." - Cross Rhythms

Mostly recorded at Autoclave Noiselab 2.0, Beauly.
Tinkered with, mixed and mastered at The Annexe, Bannockburn.

Thanks to the man who left the Orange bass amp at the tip in Inverness for me to "rescue". You inspired me to get my bass guitar out again, which led to some of these songs turning out very differently than they might have done otherwise. Thanks to Mark Hilditch for the Korg MS20 and the old red guitar. Thanks to all the makers of free RTAS plug-ins throughout the world, and to Izotope for their awesome iDrum, Vinyl and Ozone 4. Feel free to let me endorse your products and shower me with free software. And thanks as always to L who doesn't mind me spending hours making a racket in the annexe.

To everyone I sampled: I hope you don't find out, and if you do, that you don't mind. Please don't sue me.

Artwork by Al at www.DUFI-ART.com