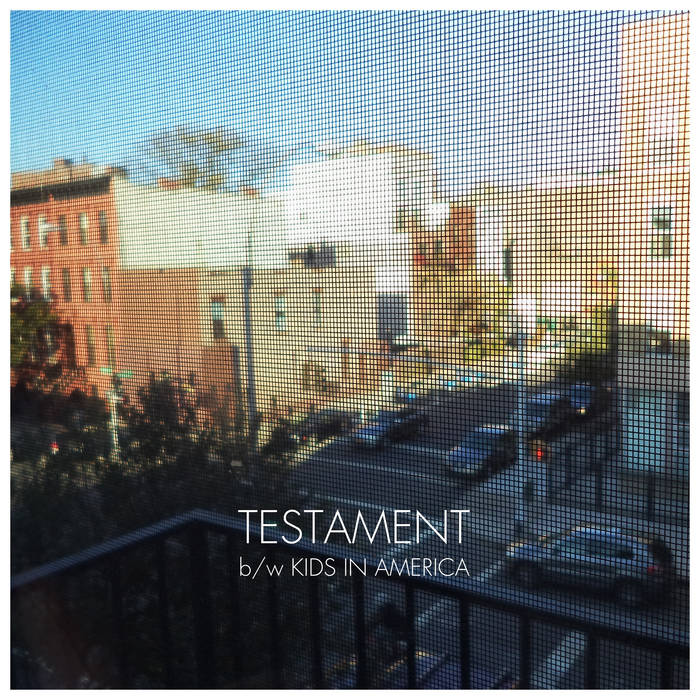 'Testament', the A-side of this single, is taken from my album 'Lonely Hummingbird', which you can listen to and buy here:
andrewhowie.bandcamp.com/album/lonely-hummingbird

The cover photo of this single was taken from the balcony of my friend Richard's apartment in Brooklyn (just around the corner from where the 'Lonely Hummingbird' album cover photo was taken). His home was my first port of call on a two-week U.S. songwriting road-trip I undertook in the autumn of 2013.

The day after arriving, exhausted and sick to my stomach with jet-lag, I sat down with a borrowed guitar, my new Moleskin notebook and began to sketch out the initial ideas which would eventually become 'Testament', the A-side of this single.

About a week later, I took a Greyhound bus south to Washington DC and met up with another of Richard's friends, singer-songwriter Andy Zipf. We spent an hour or so writing together in his rehearsal room, then packed up his gear and drove to IOTA, a local club where his band were playing that night. The next day I travelled to his home, located a few miles outside the city. As the crickets chirruped loudly in the trees outside, just a few metres from his back door, we worked on 'Testament' together, throwing different musical and lyrical ideas back and forth until the song was complete. You can hear Andy's own music here: thecowardschoir.com

'Kids In America' is one of the first songs I ever fell in love with. I remember buying 'The Very Best of Kim Wilde' on cassette from John Menzies in Clarkston when I was about 10 years old. Not long ago, I included the song on a CD compilation I made for my kids and now they love it too. The three of them sing backing vocals on this version and my eldest son plays drums. You can hear more of their own music here: annaandtheturtles.bandcamp.com

'Kids In America': written by Ricky Wilde and Marty Wilde. Drums and backing vocals by Anna & The Turtles: annaandtheturtles.bandcamp.com