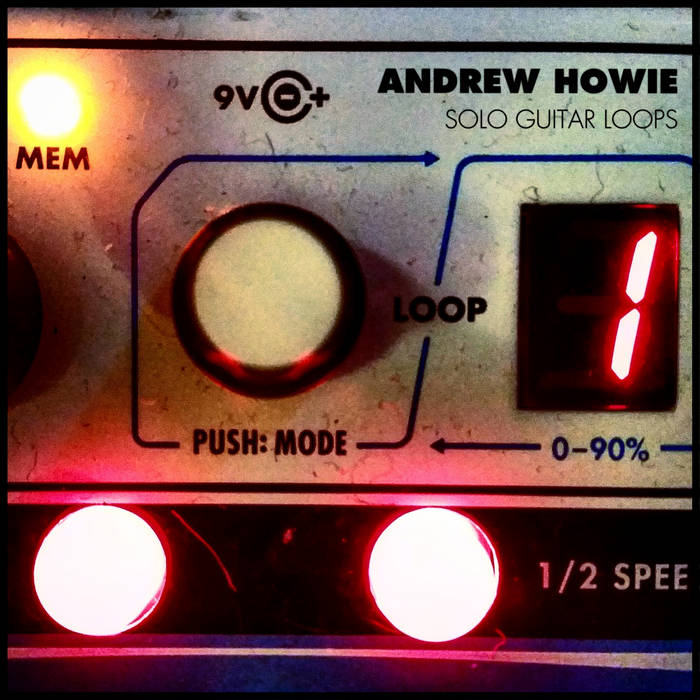 "Perfectionism is the voice of the oppressor, the enemy of the people." - Anne Lamott

After spending an inordinate amount of time over the last few years writing, re-writing, recording, re-recording, mixing, re-mixing (you get the idea) my last three albums to within an inch of their life, I recently felt the need to make music using a more efficient, less perfection-oriented approach.

From mid-April to mid-May 2017 I spent several hours a week playing improvised electric guitar through effects pedals (including a recently-purchased looper). Employing Anne Lamott's "shitty first drafts" approach, I recorded everything I played, giving myself the freedom and permission to make whatever music, noise and mistakes I felt like making. This 44-minute album is made up of my favourite loops recorded over that period.

Some of the tracks were improvised on-the-fly in one take. Others were second, third or fourth attempts. I tried not to spend too long on anything. There are no overdubs. Edits were kept to a minimum.

As I listen back, the perfectionist in me wants to fix mistakes, re-record, start over. But, to my ears, there's something inherent in these recordings that might be lost if I went down that road.

It probably goes without saying that this album sounds *very* different from both 'Lonely Hummingbird' and 'The Great Divide' - feel free to listen before you buy.

Lastly, anyone who buys the album from Bandcamp (or is a subscriber) will receive a free download code for a bonus 5-track, 25-minute EP of additional guitar loops recorded over the same period.

"Keep the edges rough, the result rougher, and you get closer to the heart of it. Closer to the truth. That’s what Solo Guitar Loops 1 does."
- Tiny Mix Tapes ( www.tinymixtapes.com/chocolate-grinder/listen-andrew-howie-solo-guitar-loops-1 )

Written, played and recorded at home by Andrew Howie.