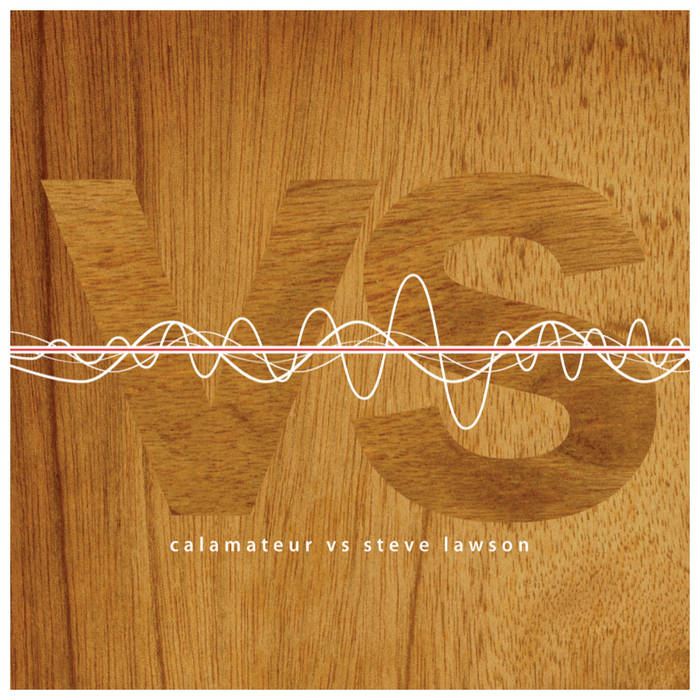 You’re listening to the fruits of a long friendship, a collaboration between two very different musical talents and a collection of beautiful, eerie songs.

The underground aesthetic promotes passion and integrity over craftsmanship and musical chops. Calamateur vs. Steve Lawson offers no such dilemma. The playing is immaculate, the production gorgeous and the arrangements are achingly close to perfection. These are Calamateur songs though, which means they’re loaded with yearning, loss, ascetic sensuality and a commitment to revealing personal and universal truths. And tunes, it’s more packed with tunes than a Topic is with hazelnuts.

Despite their studio polish, and the understated musical chops on display, the nine songs that have emerged from the Howie-Lawson collaboration are emotionally raw and spiritually bereft. There’s far more pain and sense of loss and inadequacy on this album than on, say, 'The Old Fox of ’45', or the 'Son of Everyone' double EP. At times deeply unsettling, and often painfully confessional (even the instrumental tracks) the overwhelming sense is of beauty in a stark place; a desolate Antarctic wilderness of songs.

BLOW BY BLOW, TRACK BY TRACK:

1. Opening with the words “They used you up”, 'Wonder' starts us off in familiar Calamateur territory, melodic and deceptively slight, this seemingly delicate opener is more than strong enough to launch an album. “The closest you’ve come to forgiveness in years / Is forgetting your anger and fighting back tears”

2. 'How Long' throbs along gently in the stratosphere thanks to the helium filled falsetto and thin silver strands of guitar, looped through a barrage of effects.

3. 'Even After' fills a similar niche to the equally lovely 'Hold Your Stare' from 2003’s 'Son of Everyone EP' and neatly sets us up for…

4. 'Unimagined', which is creepy and damaged in the most astonishingly memorable way, with Lawson deconstructing scales and arpeggios while Calamateur layers on eerie synth beds and fractured guitar lines. The vocals are desolate, desperate and almost inaudible – a deafening whisper, as someone once described the music of Low.

5. 'Spring Snow Storm' - There are songs on 'Kid A' that wish they were this good at combining basic garage rock with extreme avant-garde experimentalism.

6. 'Endo' has been looking for a home for a while now, and now it’s found one.

7. 'Ripsukibuna' is a ‘60s TV spy show theme filtered through Future Sound of London in a slow-motion head-on collision with late period Ennio Morricone. Cool, but not cold.

8. Lie in Wait's oohs and throbs trip into one of the prettiest guitar lines you’ve heard in a long while the almost-hope-filled vocal runs us into…

9. '1993'. whose combined electronic and acoustic washes should soothe your battered spirit to sleep, ‘though not necessarily a peaceful one.

All songs written, arranged and produced by Andrew Howie and Steve Lawson.

Mixed by A.H. at Autoclave Noiselab except 4 & 5 mixed by A.H. & S.L. at Pillow Mountain Studios.