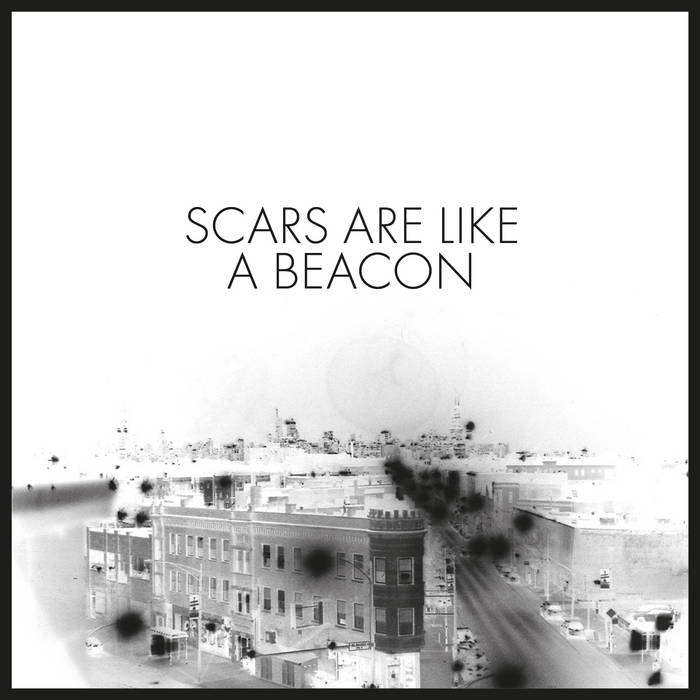 unexpected bowtie Some records are meant to be listened to on cassette. This is one of them. Buy it! Favorite track: Disarm.

Steve Lawson because everything Andrew does is worth buying? Yes, but also because this is some fabulous dark ambient, textural magic. V. evocative. Definitely worth a listen if any of those words pique your interest... :)

“I don’t have a copy of my books, and the degree to which I never read them is profound. I never look. I’m repelled by them. It feels scatological to me, like a turd you just left.” - Mary Karr

'Scars Are Like A Beacon' is a completely instrumental ambient/noise re-imagining of 'The Great Divide', an album I put out last year.

Whenever I've finished a record, I tend to become so disinterested in it that I often end up hating the very piece of art I've worked so hard to create. This time around, I decided to take this unfortunate (but not uncommon) trait of mine and turn it into more music. Taking a cue from Tim Hecker (who explored the idea of "sonic decay" on his album 'Ravedeath, 1972') and William Basinski (who juxtaposed disintegrating tapes of ambient music with scenes from the aftermath of 9/11), I took the individual audio stems from 'The Great Divide' - mangled, re-sampled, distorted and warped them (in effect, destroying my original record) - to make this new album, which now bears no sonic resemblance to its source material.

As esoteric (and potentially off-putting!) as all that might sound, my hope is that this new album has transcended the unorthodox creative experiment it began as, having now transmuted into something quite distinct, otherworldly and, possibly, even beautiful.

The album is designed to be heard as a cohesive whole (and through decent speakers or headphones!). Thank you for listening.

"An ambient masterclass... the tunes creep from the background while insinuating themselves in the subconscious." - Is This Music?

"With his newfound case of 'the drones'. Howie recontextualized his music away from something aiming toward mass appeal, reflecting instead an inner vulnerability expressed only through wordless meditation. The tones he generates over the entire tape are gorgeous, angelic, fragile, ready to wisp away when you’re not paying attention. - Cassette Gods

" We would call it 'The Great Divine'." - Sounds of a Tired City

"Howie has repurposed his initial inspirations into tracks that beg a deep listen. No small sound is wasted, and the flow between passive and active pieces is perfectly managed. A solid release I’ll be coming back to often." - Hypnagogue

For Eon - "an unwavering band of light" (Kurt Vonnegut).

Written, played, recorded and produced at home by Andrew Howie, except:

Backing vocals on some of the source material by Yvonne Lyon.
Vocals on 'Disarm' by Anna Howie, aged 6 - recorded at a church in Frejus, France.

I made three short films to accompany the songs. You can watch them here:
tinyurl.com/jv57qbx

Here's a Spotify playlist of music which inspired 'Scars Are Like A Beacon':
open.spotify.com/user/andrew_howie/playlist/4NDAbJXEBUyVaIdJ7sgisB